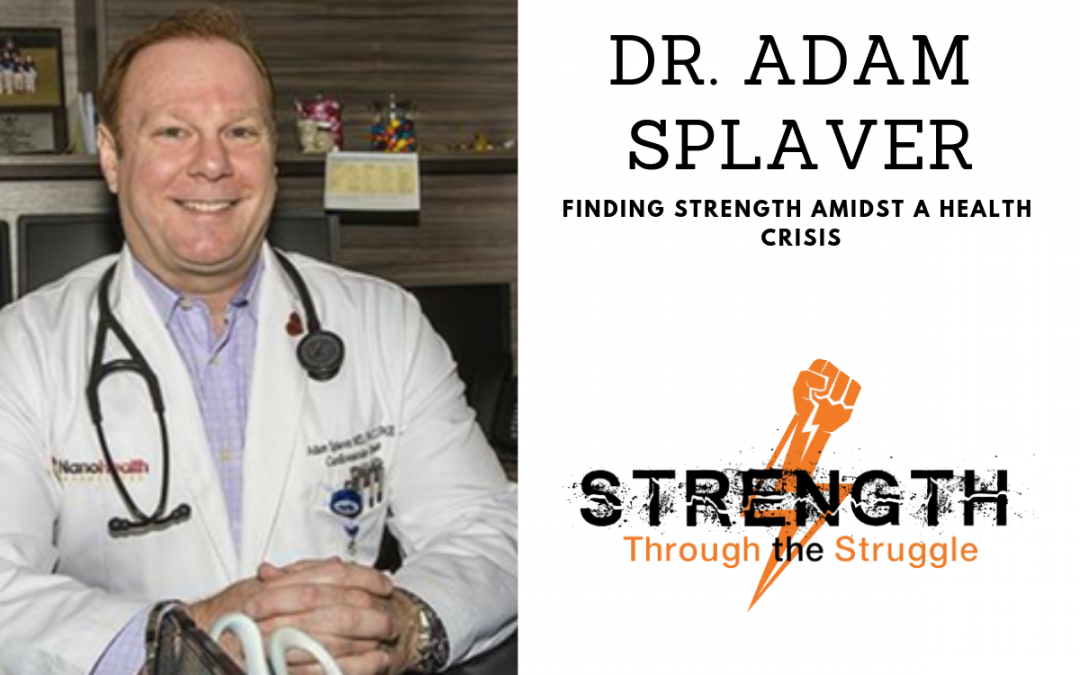 Finding Strength Amidst a Health Crisis

Dr. Adam Splaver is a cardiologist who had it all. A beautiful wife, 4 wonderful children, a successful medical practice. Everything changed when his wife had hemorrhagic stroke, which they later discovered was caused by a brain tumor. There was too much swelling, too much blood, the tumor was too difficult to reach. The neurologists told Dr. Splaver to take her home and let her die. Dr. Splaver simply said hell no.

After the swelling subsided, they learned the tumor was not in the location they previously thought, which led to a glimmer of hope. A series of flights and medical procedures led to Mrs. Splaver recovering. However, four months ago the tumor appeared again. She is mid-treatment today.

In this episode, Mark talks with Dr. Splaver about discussions of mortality with patients, what Dr. Splaver wishes people knew about doctors, and negotiating with God. Mark even asks which Dr. Splaver would choose – science or faith.