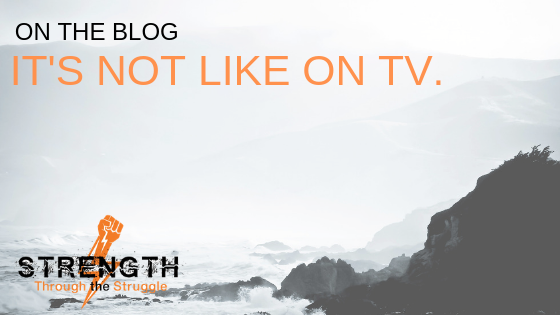 Being in a coma in real life is nothing like the way, at times, it is portrayed in movies, on television or in a book of fiction with their simplified and miraculous versions of healing.  At least our experience wasn’t that way.

Joshua was officially classified comatose for a total of 34 days.  Even though Josh was no longer “comatose” on day 35, the differences couldn’t be noticed to the untrained eye.  The way medical staff measure a patients neurological function after a head injury is with the Glasgow Coma Scale.  I will let Wikipedia take over for the explanation.

The Glasgow Coma Scale or GCS is a neurological scale that aims to give a reliable, objective way of recording the conscious state of a person for initial as well as subsequent assessment.  A patient is assessed against the criteria of the scale, and the resulting points give a patient score between 3 (indicating deep unconsciousness) and either 14 (original scale) or 15 (the more widely used modified or revised scale).

GCS was initially used to assess level of consciousness after head injury, and the scale is now used by first aid, EMS, nurses and doctors as being applicable to all acute medical and trauma patients. In hospitals it is also used in monitoring chronic patients in intensive care.

Josh resided in the bottom third of the scale and in the beginning of the rehabilitation process, the numbers didn’t mean a whole lot to me.  I mean I understood the numbers, they just didn’t give me much of a reference point, a real roadmap to the future because there was no real guarantee that he would get better.

What did mean something to me was what I could see.  Josh no longer looked like the Josh I had known for the first 3 and one-half years of his life.  His facial features took on a different appearance.  His countenance had changed.  It actually appeared as if Josh’s spirit had taken leave of his body.  He resembled the Josh I knew but he just didn’t look the same.  I would stare at him wondering,  “Would he be back?”  “Would he be the same if he made it back?”  It was unsettling and scary.  Once again, this was real life.  Not a movie.

I don’t know that anybody else had the same experience.  Everybody would try to be positive and reassuring.  If anybody else noticed, they didn’t bring it up and I was afraid to say it out loud.  Those first six weeks while his brain was in such an acute state of trauma left me wondering where my boy was.  Those weeks I spent much of my time wishing he would come back to me.

In spite of how things looked, I kept talking to Josh in that hospital bed.  I kept reassuring him that he was safe.  That the noise and the lights were because he was in a hospital.  That he had gotten a bump on his head but he was safe.  There were a lot people taking care of him and I would stay with him until he was better and could come home.

It’s an interesting process to see the speech pathologist take their measurements.  They try to stimulate the senses in various ways looking for activity with the eyes, muscle movement and verbal responses.  The pathologist may use sound, taste, touch to see how the patient responds visually, verbally or with body movement.  It really is a fascinating process they go through to get a baseline reference point on the activity going on in the brain.

That being said, as far Joshua goes, his “coming out” of his coma was imperceptible.  There was no sitting up in bed and asking for pizza, a toy or when he could go home.  Even though on day 35 he was “no longer comatose”, he still couldn’t move his head or his eyes on his own.  He couldn’t sit up, stand up or take a step.  He couldn’t speak and he couldn’t drink and he couldn’t eat or control his bowels.

But if you snapped your fingers behind his ear, you might see him twitch two out of three times.  If you tickled his nose with a q-tip his eyes might shift a little.  Again, 2 out of 3 times.  And if you put this very cold and incredibly sour lemon swab in his mouth and rub it on his tongue it might cause him to move his lip or tongue ever so slightly 2 out of three times and that meant he wasn’t in a coma.

Victory?  Not a big one.  But it was a win none the less.  It was progress however small.  Things were moving in the right direction and, considering the alternative, I could live with that!