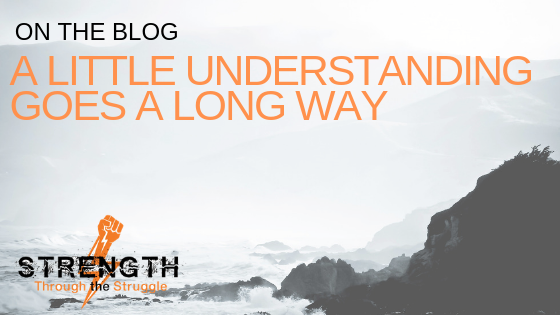 The experiences Joshua had at school during his third grade year in comparison to his fourth grade year could not have been more profoundly different.  One of them was great.  The other, not so much.

When we were notified that Josh would have to transition from one school to another within our school district there was an immediate feeling of tremendous anxiety that went along with it.  With Josh’s ever changing needs, we have had to make frequent adjustments regarding doctors, therapists and schools.  Even though the changes were always necessary, they often carried with them this sense of insecurity of leaving the known for the unknown.  The “devil you know versus the devil you don’t know” syndrome.  I’m not saying it makes sense.  I’m just saying that’s how it feels.

In addition to shifting from the known to unknown, it seemed like we were in a constant state of flux.  I missed having a rhythm to my life.  As soon as one thing settled into a routine, then there would be something else that would need to change.  Many times the change resulted in something better.  Sometimes not.

Josh spent almost one-half of his school day with the children in the mainstream classroom and the rest of the time in the ISEC (Individualized Special Education Classroom).  Several weeks into the fourth grade school year at Josh’s new school, Mrs. Persinger who was his ISEC  teacher, came to me with a request from Josh’s mainstream classroom teacher, Mrs. Finley.

The kids in the mainstream classroom had expressed their curiosity to Mrs. Finley regarding some of the differences they observed between Josh and themselves…

The children wondered why Josh had to wear a helmet all the time?  They were curious as to why he had to wear special plastic boots inside his shoes (AFO’s – Ankle-Foot Orthotics).  Why he walked, talked and moved a bit differently than them.  Lots of questions that children are prone to ask when confronted with the obvious.  Mrs. Finley wondered if I would take a few minutes to speak to the children about what happened and answer their questions.  Naturally I agreed.

Josh spent the fifteen minutes or so I spoke with the children of the fourth grade class,  in Mrs. Persinger’s room.  This allowed the kids to ask whatever questions were on their minds and also because sometimes Josh gets self-conscious with all the conversations about him that we have to have with the many professionals involved in his care.

I explained to the kids that Josh had been in a very bad car accident but up until the accident, he did things pretty much the way they did.  That during the accident Josh’s brain got hurt badly.  After I told them the accident was with two semi-trucks and that it was a hit-and-run, their eyes got pretty big.

When I showed them some photos of what the car looked like after the accident and one of Josh laying in the hospital bed you could almost feel a shift in room.  It was as if they could connect the visible damage of the car with what had happened to Josh’s brain.  It was as if it all of a sudden made sense to them.  Of course things would be different for Josh, look at that car.  Of course things would be different, look at that bruise and those tubes and wires all over him.

I can’t say for sure what those kids thought, but the looks on their faces appeared to me to be ones of understanding and compassion.

I took a few minutes to point out that what Josh and most likely every child with a disability wants, are the same things they want.  For people to be nice to them.  To be included in activities.  To have somebody to play with.  Somebody to talk to.  Somebody to sit with at lunch and hang out with at recess.  To fit in and be part of the group.

While I can only speculate as to what they were thinking I can say what they did.  Over the next few months and through 4th, 5th and 6th grades those kids, embraced Josh as on many levels.  They included him in their activities in class and made space for him at the lunch table.  They hung out with him at recess and some became his friends outside of school.  This has carried on into Junior High as well.  Josh is greeted by staff and students alike.  Unfortunately due to the brain injury he doesn’t always remember all of their names… but they know his!

It wasn’t all perfect but that’s OK too.  Those kids were normal kids who liked to stay busy running, jumping and playing ball or tag.  Josh’s physical and intellectual challenges don’t make all of that possible.  Josh couldn’t be included in everything because it would be difficult for those kids to adjust everything down.  Josh couldn’t understand not being included in absolutely everything that was something we had to talk about and he has to learn.  Difficult lesson but necessary.

One day the P.E. teacher told me the kids were picking up sides for a game in gym class.  After the two captains were decided on, the young girl who got first pick, chose Josh.  The fact that those kids made such an effort to be kind and inclusive was huge to Josh.  And it was huge to me.

Josh has benefitted from teachers and para’s who were tuned in enough to the students at large, as well as to Josh, to respect the questions being asked.  I can only wonder what would happen if kids in every school were taught that the differences in our behaviors aren’t always choices we are making.  Sometimes it’s the way it is.  A brain injury for this person or a missing chromosome at birth for that person.  That these kids with their unique challenges didn’t ask to be that way.  They had no say in the hand they were dealt.

Josh’s life was permanently altered one day on the interstate.  It was altered again when a first year teacher paid attention to her students questions and those kids paid attention to the answers.  They saw not just with their eyes but with their hearts.  Thank you Mrs. Finley, Mrs. Persinger and all you kids who have made at least one boys life so much better!