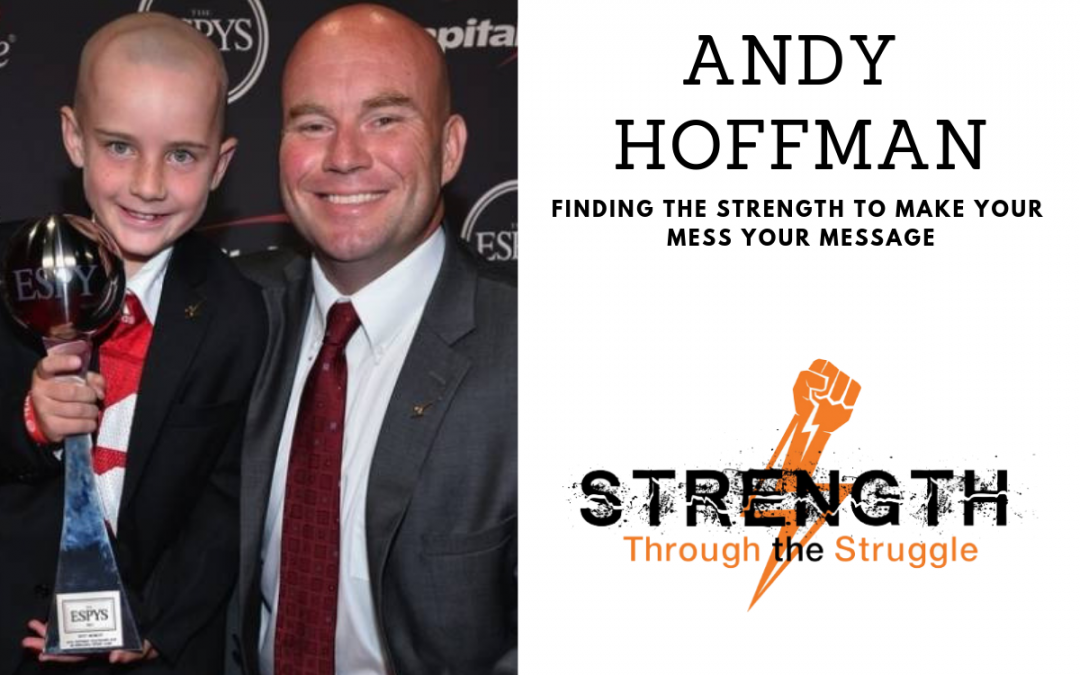 Andy is a father, husband, believer and philanthropist.  He shares the story of his son, Jack, and the discovery of a large brain tumor when he was five years old.  Andy explains the importance and sacred nature of their family time and how he has made it through this trial.  He often listens to Christian music and reads Christian devotionals to gain insight.  Worrying became a large part of his life for months at a time after his son’s diagnosis and he realized he was wasting time worrying and didn’t want to “let cancer beat him twice”.  He and his wife decided they would be all in and when that happened, he started the “Team Jack” foundation to raise money for children’s brain cancer research.  They have been able to make a large sum of money and their goal is to donate the money to the best researchers as fast as possible so that medical changes can be made.  His marriage has been strengthened in this process and his family is his main focus, including his two daughters.  This was a very encouraging and positive interview and his theme of “make your mess your message” was a great message to share.