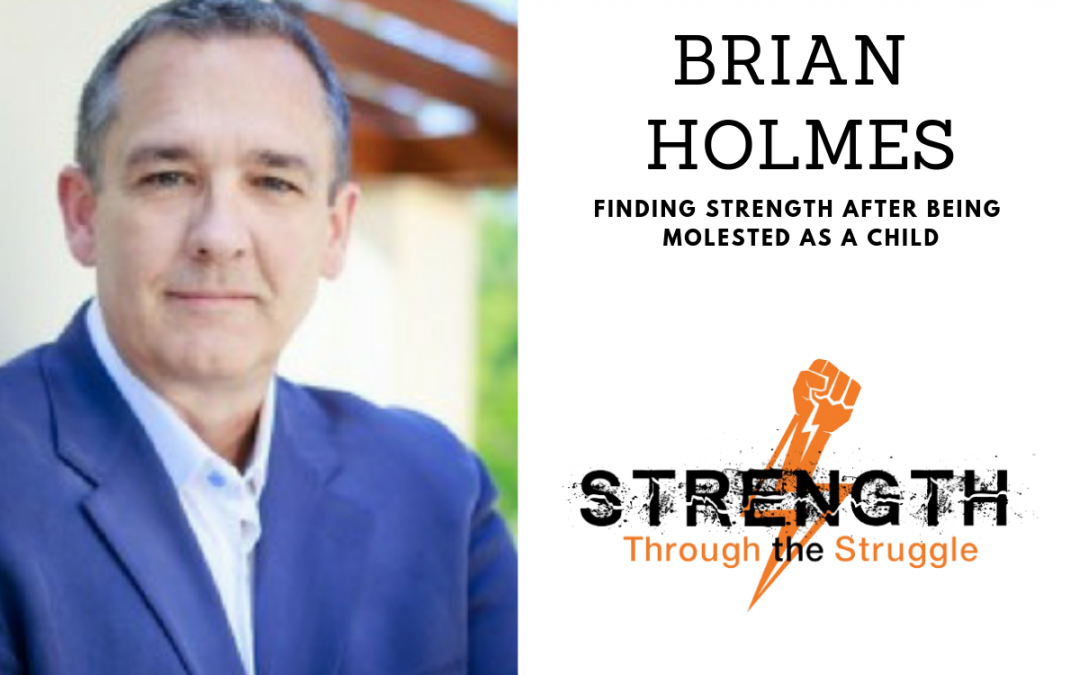 Finding Strength after Being Molested as a Child

Brian Holmes grew up in a strong family and church environment. In spite of the strong culture of faith, at 11 years old he was sexually molested by a 19 year old woman in his home. He was also introduced to pornography at the same time by the same woman and her boyfriend. Brian grew up in a “never mess up” kind of culture which encouraged anything negative to be hidden. He didn’t tell anyone – including his own parents – about being molested for 22 years. After his father’s death, multiple considerations of suicide, and a catastrophic decade of marriage, Brian finally decided to get help.

Since that time, Brian’s focus has been helping others find reconciliation from their own struggles. He’s developed a framework to assist in the process. This framework has four cornerstones: personal healing, personal discovery, personal development, and personal deployment. Brian and Mark both offer the reminder that you are not your struggle.