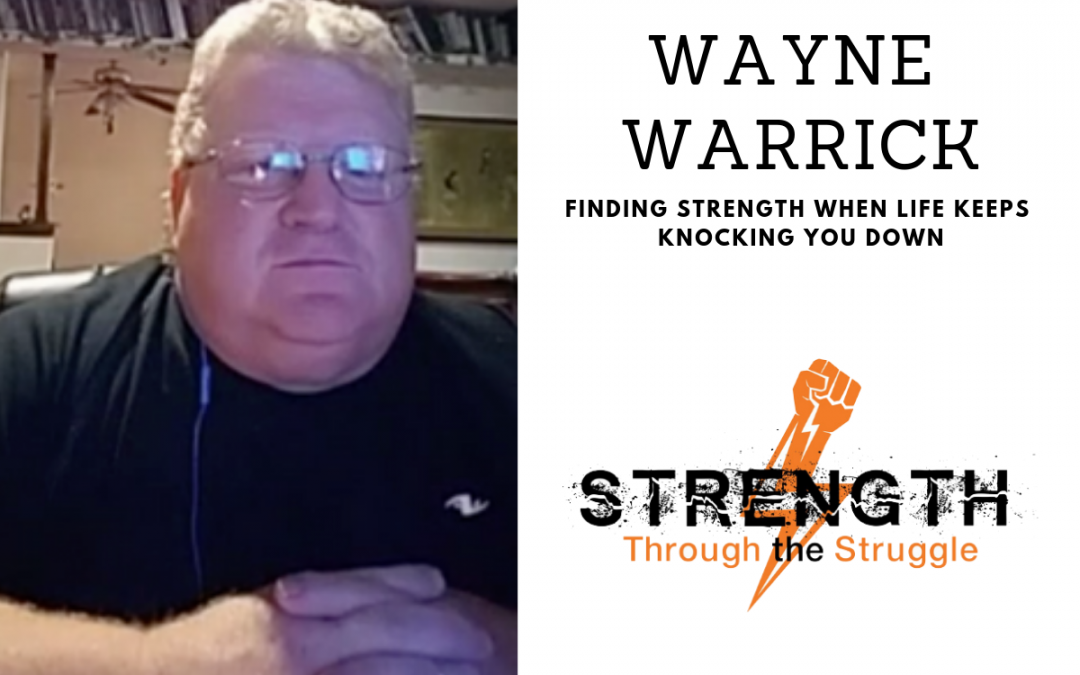 Finding Strength When Life Keeps Knocking You Down

Wayne Warrick is an ordained minister, a doctor of natural medicine, husband, and father. He’s also a living example of “what doesn’t kill you makes you stronger.”

Wayne has seen his fair share of struggle. From narrowly escaping capture in Russia while part of a special ops team in the Air Force to losing an eye because of a percussion grenade, Wayne’s early years didn’t start off smooth. Following his time in the military, he moved near home to take care of his ailing father, who was guardian over many troubled youth. One boy in his father’s care lashed out after an incident and shot Wayne’s father with a shotgun. Yet life didn’t get any easier. Wayne’s home literally blew up, he’s had trials with his own children, and he lost his brother under suspicious circumstances.

Despite every trial life has thrown at him, Wayne’s message is this: adversity comes, and life goes on.