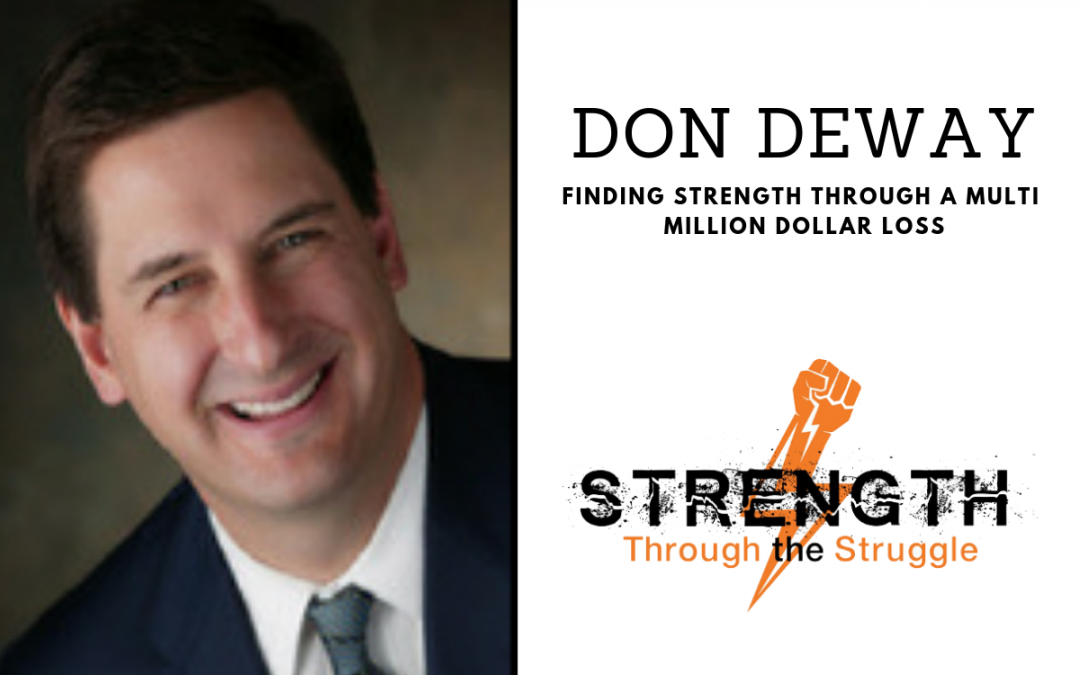 Don DeWaay lived like royalty. He started a business from nothing and built it to a half a billion dollars in sales. Everything came crashing down in 2008 when he lost everything. The economic downturn affected his business, which had negative ramifications in his personal life. The biggest sacrifice he made in trying to build and maintain his business was his family, despite desperately wanting to offer his family a different life than he knew as a child. Sacrificing time with his family eventually led to divorce. As his eldest child put it “You are [responsible.] You picked work over us.”

Since he lost everything, Don has been on a personal quest to discover who he is outside of his business. He has since found a way to help and build others through the lessons he learned in his failure.