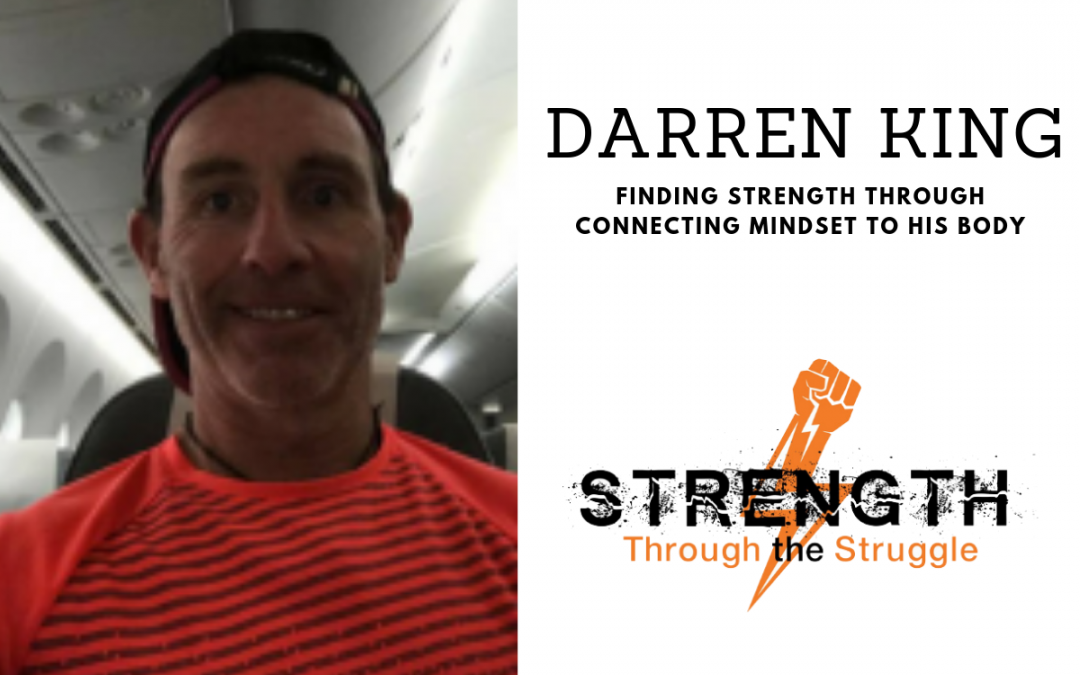 Connecting Mindset To His Body with Darren King

My guest today is Darren King Of Fitness from Australia. He had a wake up call one day. Coincidentally it was through a car accident as well. As Darren describes it, he was just moving through life with little direction when he was hurt.

That accident put him on the path of healing his body but also getting his thoughts and emotions under control and pointed in a direction that would serve him and many others now. If you’ve been drifting through life recently and would like to get back on track, this episode is for you.

If I had it to do over, I would have done a better job of taking care of myself after Josh got hurt. I foolishly thought I could simply will myself forward and never run out of energy. It’s not possible. Take care of yourself and fill your tank.

A Story Of Distracted Mindset

I know a guy who managed to drive his pick-up truck into the back of a full size, bright yellow school bus one day.

Even though the roads were dry, the sky was clear and the traffic was light, he still managed to drive into the back of a big yellow school bus that was at a standstill at a red light.

The passenger in the fifth car that was hit was a woman who was pregnant. She ended going to the hospital.

Luckily for the guy that caused it all, it was summer and the school bus was empty.
Also, luckily for the guy, the pregnant woman, and her unborn baby were not hurt.
The bill for the day… $50,000.

Want to know why the guy in the truck drove into the back of the school bus that was sitting at a red light?

His mind was somewhere other than his driving. Over time he had allowed his mind to be filled with too many things. There was simply too much going on his life.

On that day he had just left his attorney’s office two minutes earlier.
He was in the legal battle of his lifetime.

His business was tanking.

His health had deteriorated.

On top of all that, or maybe at the root of it all, his perfectly healthy son had been disabled several years earlier.

Yep. It was me who drove into the back of the school bus that day.

I still shake my head in disbelief when I think about it. It’s hard to visually miss a full-size school bus.

Too much on your plate will cost you. The longer it goes, the more expensive it gets.
I had stopped meditating.

I had stopped exercising.

I had stopped eating healthy.

Worst of all, I gave up on dreaming about life and all the positive possibilities.

As a result, I traded many, if not most, of my good habits for thoughts of fear and anger and depression.

This is a cautionary tale for you and a reminder to me.

Take care of yourself first!

Sometimes there is an emergency that shows up in life and we have to adjust, temporarily taking the focus off of us and putting it on a loved one.

Eventually though, you need to get busy taking care of yourself – Mentally, Physically, Emotionally, Spiritually, Financially, Socially.

There is a reason the flight attendant says to, “put your oxygen mask on first and then help your loved one.”

If we pass out, everybody else in our care may well be up the proverbial creek.

The time we put into taking care of ourselves results in a tank that keeps getting topped off so we are never running low.