How We See Ourselves 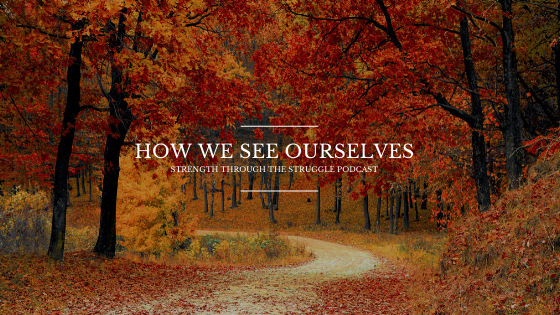 An old student of mine stopped by in the middle of July. I didn’t recognize him and had to ask his name. As soon as he said it I recalled his time with me.

He was a student for about 5 years. Roughly age 9-13. He was being raised by a single mom. She hoped the martial arts would help him get some discipline, direction, and focus.

I asked him what he had been up to. He extended both arms which were covered in tattoos. It seemed as if he thought I should know by me looking at his arms.

I asked him what it all meant. He said, “I’ve been in and out of prison.” I asked him how long that had been going on. He said, “Fourteen years. I just got out again about a month ago.”

I asked him if he wanted a different future to which he responded, “Yes.”

He kept bringing the conversation back around to what got him where he was at.

I kept bringing the conversation back to where he might want to go.

After about 20 minutes, I had to get back inside to teach and let him know as much. I also told him he was always welcome and that I would help him if he liked. He said he would like that. I invited him to come back so we could continue our conversation the next day.

The next time I saw him was two weeks later when his face popped up during the local news. Police were searching for him. He had stabbed somebody.

Ricky saw himself a certain way.

God didn’t see him that way.

I didn’t see him that way.

I saw his potential when he was still a kid.

If he ever saw his potential the way I did, you couldn’t tell it by his choices.

Not everybody you try to help is capable in the moment of receiving it.
Sadly Ricky is back in prison.

I’m certain that if what he saw in the mirror wasn’t broken but strong and of value, he would have made different choices.

This same phenomenom happened in my own life. I was home on leave from the Air Force. I had been in the military for over two years at this point.

On this visit home I stopped by the house of one of my Aunt’s. She catered for a living at the time and there was always food on the stove, in the refrigerator, or freezer. And it was delicious!

We chatted and visited and as per normal Italian life, food showed up almost immediately. Pizza, rigatoni, sauce, bread, Italian sausage with peppers and onions.

After we ate, my aunt stepped over to the two, six burners each industrial stoves. She started to prepare more food for the weekend wedding reception she was working on. My cousin and I were hanging out at the table and talking.

At one point she says, “Mark, you are so different.”

My response, “What do you mean?”

After a brief pause, I simply said, “Well, maybe this is who I really am.”

My cousin wasn’t really saying I was “nice” as much as she was pointing out that I was different than when I left home.

Our environment, the experiences we have in our youth, plays a heavy role in who we think we are growing up. And who we think we are is reflected in our behaviors.
Getting in an environment where somebody hasn’t already defined you, allows for your healthy growth. When your soul is nourished, you will grow in a healthy way.

Maybe you too grew up in an environment that didn’t allow you to be who you were meant to be. I get it. But life doesn’t have to stay that way.

We can choose a new path. The one we were always meant to get to. And then start being more of us and less of them.