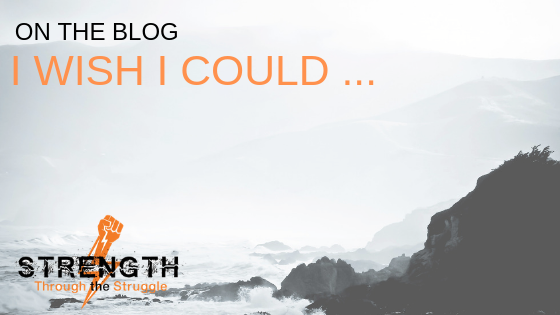 Josh’s Speech Therapist was always so caring and patient with Joshua.  She encouraged and stimulated him daily to try to open his mouth, move his tongue, purse his lips.  Anything that would bring him one step closer to being able talk and eat again.  She did this faithfully even while he was still considered comatose.

Six weeks into this, the challenge of living in a hospital 24-7 was taking it’s toll on me.  I felt exhausted physically and I was absolutely mentally drained.  I felt like I was running on empty and apparently it was showing.

One morning, while sitting next to Josh during one of his Speech Therapy sessions, Jennifer looked at me while trying to entice Josh with a Dum-Dum lollipop to re-learn how to move his lips.  Nothing like sugar to motivate a person.  Jennifer took her shot and went for my attention.  “Mark.”  “Yes,” I said.  “You know, Josh is safe here.  You can go home and get some rest.  Take a break.  He will be fine.  It’s O.K for you to go home for awhile and come back rested.  You’ll feel better.”

As I looked at her and she glanced between myself and Josh, I didn’t really know what to say.  I just knew I wasn’t going to leave.  I didn’t really have an explanation and I knew I should probably go home to try and rejuvenate but I couldn’t bring myself to do it.

I appreciated her kindness and told her thanks.  I also told her I understood what she was saying and maybe I would take a break but just not right now.

The idea of me not leaving the hospital hung around in my head for some reason that day and on into the next.  It finally dawned on me what was really bothering me and keeping me from leaving the hospital… I was absolutely terrified that somehow, if I left, it would be possible for the semi that hit-and-ran to make its way back to Omaha, find it’s way to Immanuel Hospital and somehow find a way to finish my son off.

It felt to me as if that truck was some malevolent force that could actually accomplish this horrible deed and I would lose my son completely.  In spite of the fact that the only place this could possibly take place was in the imaginations of my mind, it felt real.

I wished I could have done something to keep this accident from happening.  I wished my boy wasn’t laying in a hospital bed and I wished we were at home, doing normal things like playing with his ninja toys or going for a walk in the forest.  Even though I knew in my head that I couldn’t have stopped the accident from happening, there was still a part of me that felt guilty.  Part of me believed I SHOULD have been able to keep it from happening.  It was my job.  I was his father and this never should have happened.  I felt like I had failed somehow.

The whole idea of a truck making it’s way to the 8th floor of a building to finish off my son is ridiculous.  But the feelings were real and they were intense.

Once again a wave of emotion hit me.  My eyes filled with tears at the thought of losing my boy.  What occurred to me next increased my sadness tenfold.  I realized I wasn’t just scared.  I was terrified.  I was terrified of the idea there was nothing I could do to actually prevent horrible things from happening to my child.

For the first time since becoming a father, I realized how powerless I was.  I realized the truth.  No matter how much you love a person and no matter how hard you try, there are some things you will never be able to control.