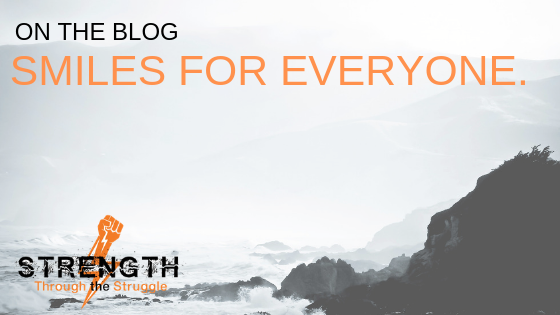 I don’t know how to juggle.  But sometimes, life feels to me like what I imagine it is to learn how to  juggle.  Lots of things going on at once.  Plenty of things being dropped – sometimes all together.  Getting hit in the head with a bowling pin.  Narrowly avoiding getting cut in half by that fourth chainsaw you forgot that you threw into the mix.  It’s stressful.  Trying to coordinate arms and hands and eyes and mind all at once.  Yikes!

On the other hand, there is a lot that can be handled and improved with a decision, a commitment and persistent effort.

There was a radio program I listened to years ago that focused in on living as a family and ways to be a better parent.  During one episode I heard a gentleman who was a guest say that he made a decision early on in the blossoming of their family to be veery careful and intentional with the messages he sent through his body language, facial expressions, his words and tone when dealing with his children.  He stated he never wanted his children to walk into the room and have them see a look on his face of displeasure that had nothing to do with  their behavior.

He expanded on that idea by stating he never wanted to have the stress and frustrations of everyday adult life such as marital strife, paying the bills, career difficulties or health challenges come across on his face, in his demeanor or tone towards his children.  He didn’t want to take his frustrations out on his kids.  No collateral damage so to speak.

Just being an adult is stressful.  Parenting takes stress to another level for most of us.  Bills to pay, careers to manage, social or family events to participate in.  The demands of child rearing and the push-pull of marriage with all it’s ups and downs can cause us to have our minds in more than one place at a time.  And if you throw in a game changer such as a divorce, loss of job or death of a loved one, it’s almost impossible to be at your best one hundred percent of the time.

The gentleman on the radio show decided every time his children walked into the room that he would make sure he would put on a happy face himself, regardless of what was going on anywhere else in his life. He wanted his kids to feel his joy, his delight in seeing them and being their father.

When I heard those words, I knew I wanted that for Josh as well.  My own experience growing up was quite different.  As a child I would interpret my parents looks as ones of displeasure with me personally.  My interpretation may or may not have been accurate but it was what I saw and in turn what I felt.  It left me confused, sad and with a profound sense of aloneness.  None of which did I want Josh to experience as a regular course for his life.

I made a commitment to behave the same way in my own life.  Most of the time it was easy for me to do.  I felt a deep, deep love for Josh and I really believed in my heart what the gentleman shared on the radio that day. However there were stressors in my life just like there are in every persons life.  Some of them significant and I felt them daily.  There were days I had to remind myself to continue to choose the original path of joy and cheerfulness.  Sometimes I had to choose moment by moment.

In the interest of full disclosure I have to admit to failing at being the perfect, happy parent once or twice (that may have been in a day), or who knows how many times.

When I’m distracted or not at my best I sometimes catch myself and I can make an adjustment on the fly.  There are other times when I don’t catch myself but Josh catches me.  It’s not like bells and whistles go off.  It’s not like he calls me out on it.  It’s way more subtle.

Josh is such a sweet kid.  His energy changes sometimes when mine does and it often comes across as a little disappointment or a hint of sadness in his face.  Sometimes it is a waning desire for him to be engaged by me.  Either way, when that happens, I feel like a complete schmuck and beat myself up internally for a moment.  Then I take a deep breath, remind myself I can’t really afford to wallow around in this pool of self pity too long and I get back to the business at hand…  Josh.  That is most of the time I do that.  Other times, not so much!