What Gregg Allman Taught Me 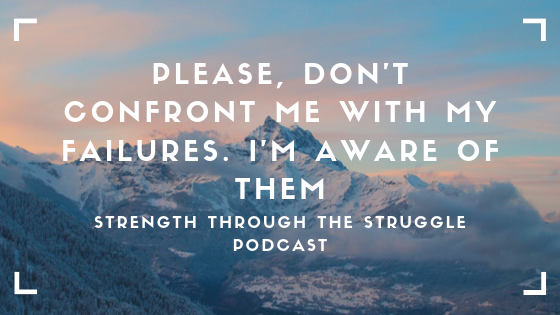 Please don’t confront me with my failures. I’m aware of them.

I am a big Allman Brothers fan. I have been since I was a teenager. After Duane Allman died in a motorcycle accident, I became a fan of Gregg Allman as a solo artist.

There’s a song Gregg wrote titled These Days. It’s really about regret. And, more specifically, the regret of a relationship that came to an end. The first time I heard the song, the last line got my attention. Let me share it with you.

Please don’t confront me with my failure. I’m aware of it.

For me, it isn’t just about the regret of a relationship ending but the regret we all feel when we have made a poor choice or when things haven’t gone our way.

When talking about the statement, I’ve frequently made a small adjustment.

Please don’t confront me with my failures. I’m aware of them.

One thing that would get to me when I was growing up was to have my shortcomings or failures brought up to me repeatedly.

Not the run of the mill kind of failure like 2+2=5. But the kinds that were a big deal. Like not being liked for who I was being seen as inherently bad because of a stupid choice I made as a child.

But there are other places where we can be reminded of how we don’t maybe measure up with the crowd or what is defined as normal.

There have been many times when I have been in a doctor or therapist’s office with my son Josh. If you aren’t aware of his situation, When Josh was three years old, he was riding in the back seat of his mother’s Chevy Cavalier, when a semi-truck hit them which sent the car spinning out of control. That semi kept ongoing and hasn’t ever been found.

When the car Josh was in stopped spinning, it was hit by another semi-truck which totaled the Cavalier. While that truck stopped, it had nothing to do with causing the accident. That driver was a victim of the first truck, just like Josh. The collision left Josh with a massive brain injury. Ever since that day, he has lived between the world of people with disabilities and those without having recovered partially but never wholly.

So back to the doctor and therapist visit.

In the past, I had to answer the professional’s questions because Josh couldn’t. As he gained more and more awareness, he could tell we were talking about him. The more he understood about himself, the more difficult being at these appointments became for Josh. Eventually, he began to cry after being in an appointment and having to listen to all the things that he needed to work on in therapies in order to keep healing.

He couldn’t understand that it wasn’t his fault. He just heard that there was something wrong with him.

He was, and still is, reminded of a day that changed his life completely every time we go to a doctor or therapy appointment. He is much better at handling it now that he is 17 and he can see his life in a more positive light, but it still gets to him.

Something that many of us are good at is reminding others of their failures and their differences. We often believe we are doing it out of care or concern or even love. And possibly that is true.

If you ever find yourself or someone else being overly critical in reminding someone of their shortcomings, there is a way to turn that upside down and make it work for both you and them.

Being a teacher, I have to make corrections to students’ actions. The more I point out the mistake the more likely that person is to repeat it. Even if I tell them what to do to correct it, if I come from the negative, the thing I don’t want to be repeated, more that person’s mind is drawn to that mistake and the more that mistake is re-inforced.

For instance, if a student is misbehaving, I can highlight and praise different students’ correct or positive behavior. We all want attention. In a perfect world, we would only do good things and seek positive attention. But if we don’t get what we want, we often change tactics.

It’s amazing to watch a child who is not getting the positive attention from a teacher, sit straight up, keep their hands to themselves and focus when you point out how well their classmate is doing those very things.

It works with adults as well. I can’t count how many times I’ve complimented an adult student and actually had the other students in class adjust their own effort to match the person being complimented. We all want to be noticed… the key is to teach ourselves to focus on what we want, not what we don’t want. It is easier for an adult or child to see what is wanted as opposed to what is not wanted.

Of course, people need to be reminded of things. Including to look both ways when crossing the street. Don’t play with fire. Be nice to others.

What we don’t need is someone who is all too ready to confront us with our failures. We are already aware of them.