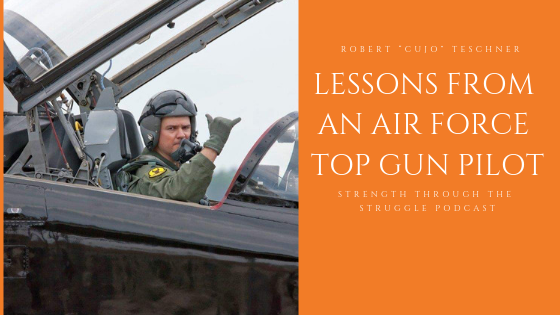 Feeling Bulletproof Can Leave You Vulnerable

There have been times I felt like I was ten feet tall and bulletproof. And for a period of time, it felt very much real. Some of those times, shortly after I had the thought of being ten feet tall and bulletproof, I was given a reminder that I wasn’t. Other times, it took a while for the lesson to catch up to me. Unfortunately for me, I had a high level of pain tolerance, an equally high level of being comfortable with ignorance and a fair amount of emotional hard headedness.

Not learning very quickly from good information when I got it, I would ignore the obvious, which was to change direction.

There have been times when my gut told me to go one way and my mind talked me out of it with a mental follow up a statement like, “What the hell, why not?”

I’m here to tell, if you choose to act on the “What the hell, why not?” thought, after your gut, or your conscience, told you to do something else, you will find out “Why Not!” And you won’t like it.

My wife, on the other hand, has lived a life for the most part, that when she got the right information, she didn’t question it. She simply followed the right path and frequently avoided landmines that would have gotten in her way.

Me, I’ve been a little more thick headed at times.

We’ve all don’t it to varying degrees. Made the wrong call. Got kicked in the teeth and made adjustments later. Sometimes, it gets very expensive to not pay attention to what our parents told us, our body told us or our bank account told us.

Cujo was an Air Force fighter pilot and squadron commander with a wife and children. He was given a bit of a medical heads up but decided it wasn’t important at the time. Ten years later, it would leave him fighting for his life.

It doesn’t matter how smart we are, or how skilled we are or how many millions of dollars we have. If we don’t act on what our gut, or our doctor or our boss is telling us is in our best interest to do so, It can lead to devastating outcomes. Or dodging the proverbial bullet by the skin of our teeth.

Take a listen here to find out how you can dodge that bullet and write a happy ending for your own story.

While Cujo had all these responsibilities and skills as an Air Force Pilot, he neglected to pay attention to some indicators that things weren’t performing at such a high level in his body. Actually, Cujo noticed things weren’t quite right but thought of himself as bulletproof so he chose to ignore them. And that nearly cost him his life. Plenty to learn in this episode so let’s get to it.

A couple of things about this episode that I found fascinating. This idea that sometimes we think we are bulletproof, and it serves us and other times it can literally be our undoing.

Flying missions to defend our country takes a skillset and mindset that is very unique. Yet that same mindset, applied to his body, eventually derailed his Cujo’s career and impacted his family and especially his oldest son in a dramatic way.

The second thing that I found especially useful was the idea Cujo shared about how his mindset of, how can I still win? Rolled right into his personal life. He took his health problems and applied that mindset so he could heal and also build a new career taking all of his military experience and his challenge with his health and turn it into something that is helping others.

Cujo, in my mind, is a hero for more than one reason. His commitment to finding a way to not just overcome but to succeed and thrive is something we can all model.

That’s it until next week. See you then and remember to Live, Learn and Love.

Check out last week’s episode on The Strength Through The Struggle Podcast.